EPiGRAM-HS   is motivated by the increasing presence of heterogeneous technologies on pre-exascale supercomputers and by the need of porting key HPC and emerging applications to these systems on time for exascale.

We are working towards delivering a new validated programming environment, extending the programmability and maximizing the productivity of application development for large-scale heterogeneous computing systems.

EPiGRAM-HS is a three-year European Commission funded project starting in September 2018 and it is a consortium of 6 European partners. 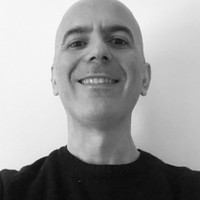 PDC is a SNIC  centre.